Home Dramaturgy Shakespeare on Sleeping with a Stranger

Shakespeare on Sleeping with a Stranger

“Would you have sex with a stranger to save your brother’s life?”
NapaShakes Dramaturg Dr. Philippa Kelly’s cheeky take on “Measure for Measure” 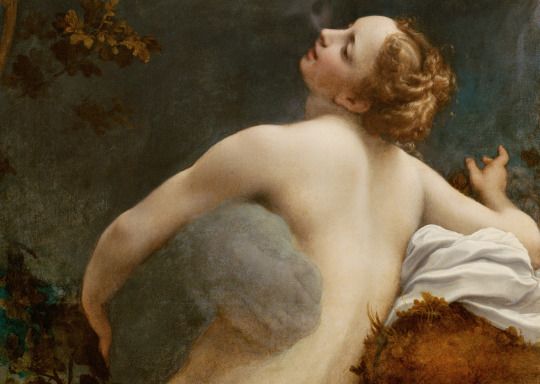 Would you have sex with a stranger to save your brother’s life? This is the question Shakespeare throws at Isabella, a Catholic novitiate, in the most famous of his ‘problem plays’, Measure for Measure. Here’s the scenario: if Isabella agrees to sleep with Angelo, the Duke’s stand-in, her brother is saved. If she doesn’t agree to the act, her brother is dead.

Today some Catholics, inspired by Pope Francis’ twenty-first century open-mindedness to cases of what the Vatican calls ‘special urgency’, might say, ‘Sure, I’ll do it. Just this once.’ Sex as a life-saving measure. Just close your eyes and think of heaven. But this is precisely where Isabella’s problem lies: in heaven. As we straddle the ravine between Shakespeare’s time and ours, we get to contemplate heaven and hell in terms of very human choices. Isabella faces what is, for her, a death knell – and not just the quick, clean hanging that’s in store for her brother. If she agrees to the terms proposed to her by Angelo, she faces a death that lasts forever. To live for all eternity in hell. Never to be clasped in the arms of God, the lover to whom she’s pledged herself: the bridegroom for whom she’s prepared to wait a whole lifetime.

Many might dismiss this devotion – along with her plea to the Mother Superior at the convent for a ‘more strict restraint’ – with a knowing roll of the eyes and a ‘wait till she grows up…’ But for Shakespeare’s Isabella, to be asked to give up her virginity at all is unthinkable – let alone for the purposes of cutting an earthly bargain. It’s about the corporeal death of a man (unpleasant, yes, but in some form surely inevitable) against the eternal death of his sister’s soul. And it’s about a woman’s refusal to save a man from the consequences of his own actions.

In Napa 2016, we’ll see Shakespeare as our most potent and important collaborator as we watch Sir Derek Jacobi insert this 400 year-old masterpiece into the sleeve of our contemporary lives, expanding the ways in which we get to think and feel. What if we were asked to sacrifice the dearest love we could ever imagine for someone else’s benefit? What if we faced a horrid death if someone else didn’t step in and lend a hand? These ‘what if’s’ traverse a giddying mix of perspectives that end up in an entire 360 degree movement: and I say ‘360 degrees’ because, when the Duke returns and order is restored, Isabella still faces the prospect with which her dilemma began: that of sleeping with a stranger.