TOGETHER WE CAN DO ANYTHING! 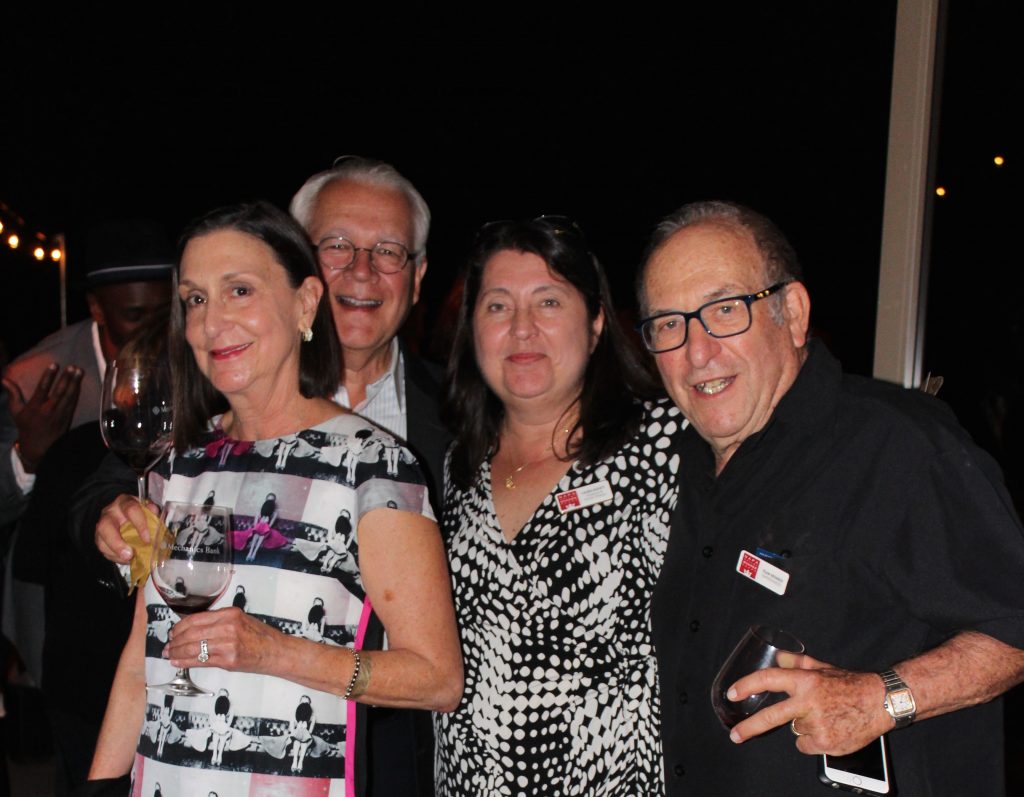 A Happy Winter’s Tale
January, 2016
Season Passholders line up down the block on a rainy Sunday for
NapaShakes presents Shakespeare on Screen at the Cameo 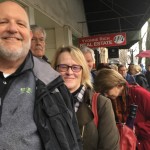 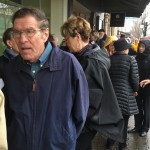 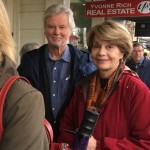 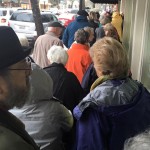 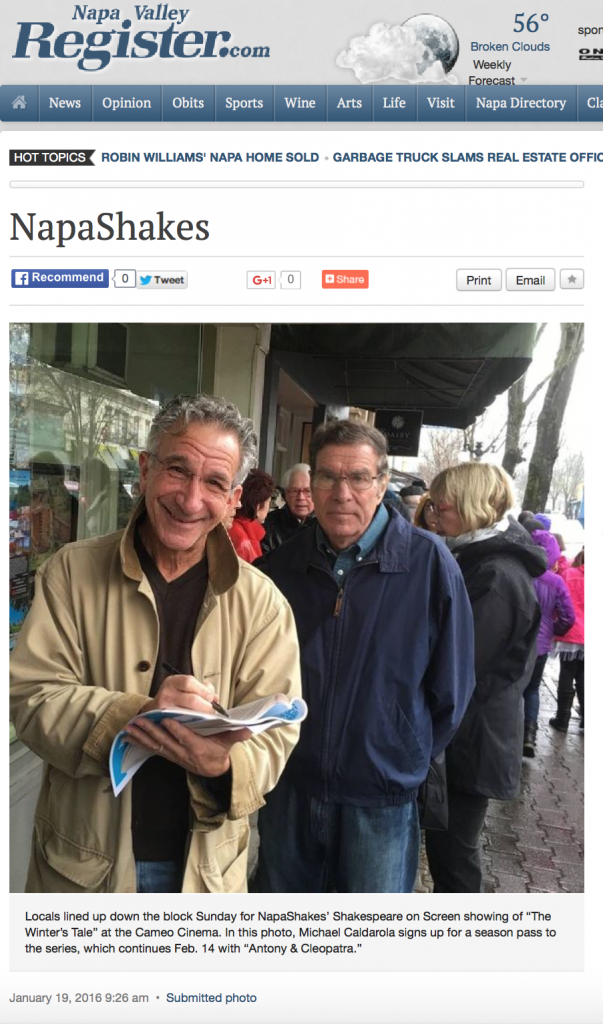 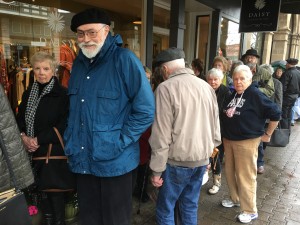 Waiting to take your order…
September, 2015
Board Members Take Charge at the CIA 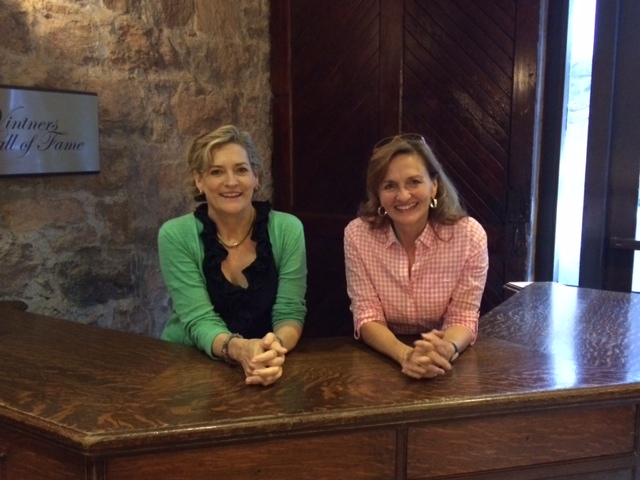 NapaShakes Board Members Wynn Burkett and Tamara Traeder test out the will-call booth outside the Culinary Institute of America at Greystone Barrel room, where they’ve volunteered to provide service with a smile during our upcoming presentation of “Much Ado About Nothing” starring the world famous Shakespeare’s Globe Theatre November 13-15, 2015 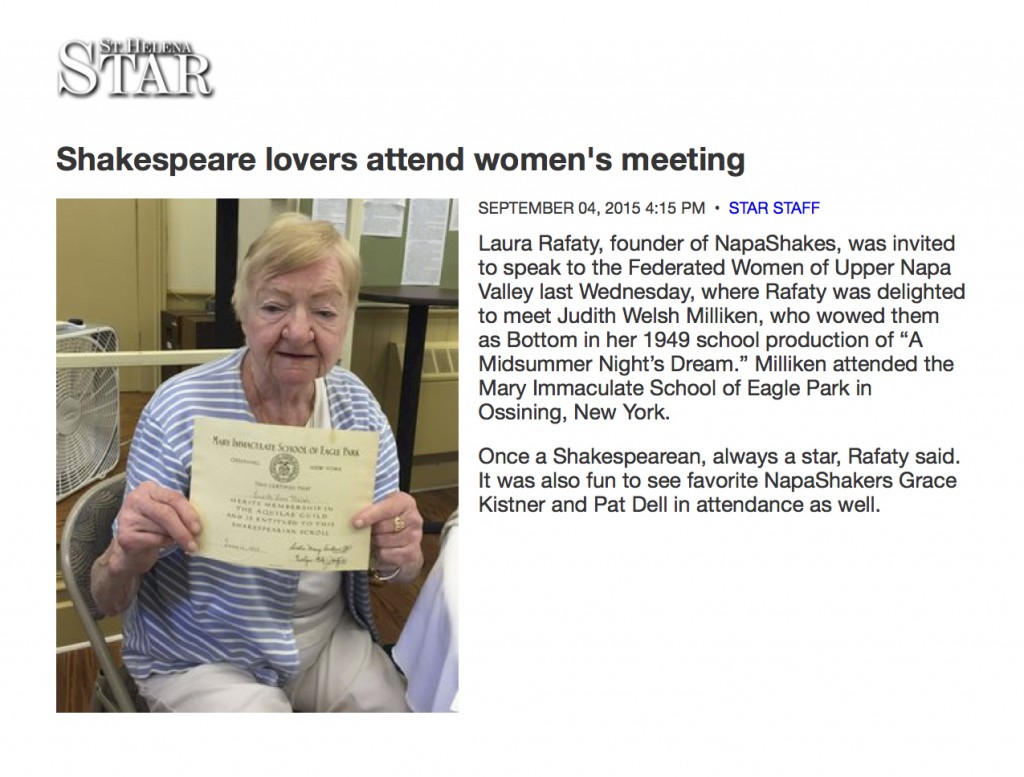 Festivals 2015
The Cowell Clan take NapaShakes on the road 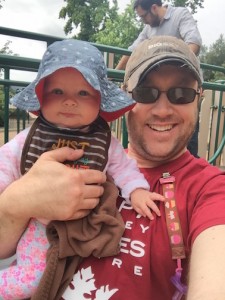 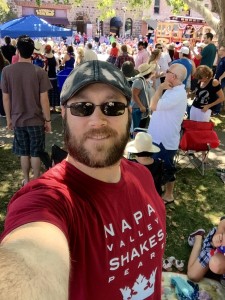 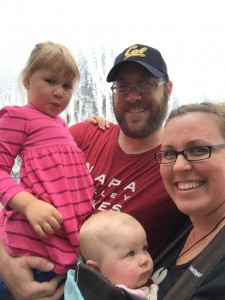 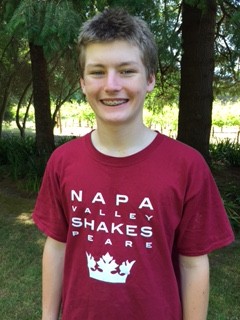 Our other favorite Will, Will Burkett

Tees and Tattoos at the NapaShakes booth 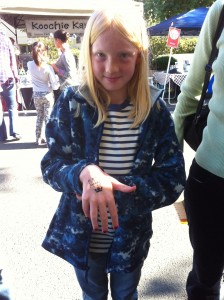 Rockin a NapaShakes Tattoo at the Harvest Festival 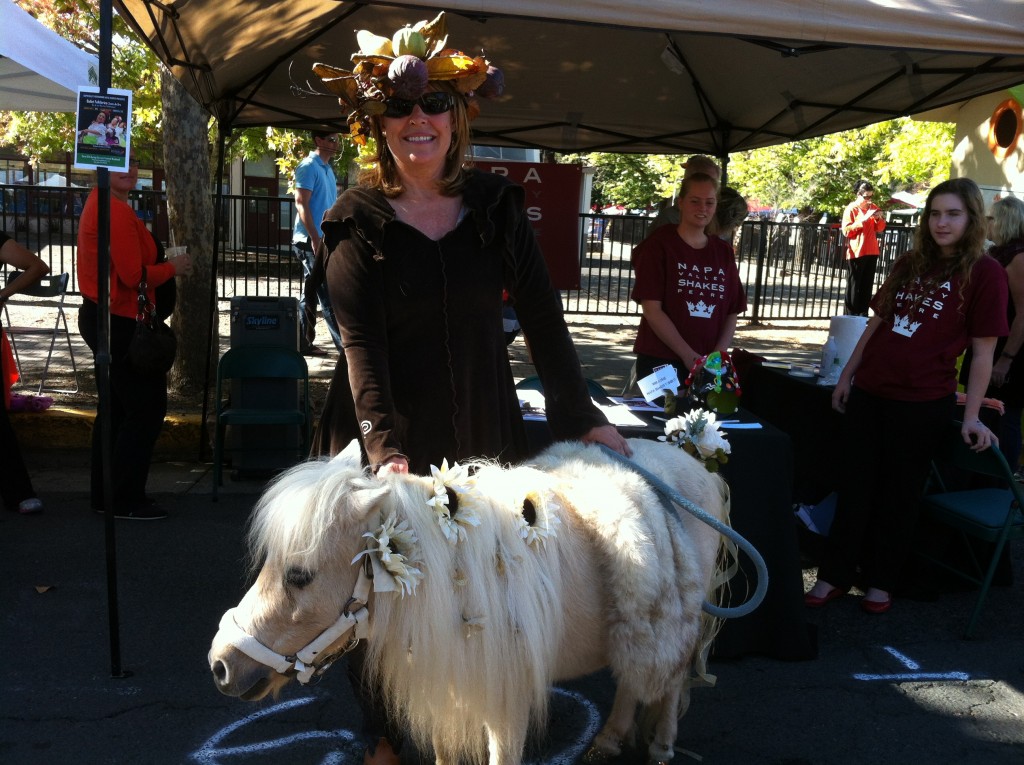 Catherine Burkett and Vida Jaffe check out a Renaissance creature 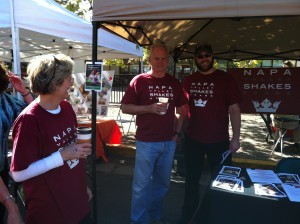 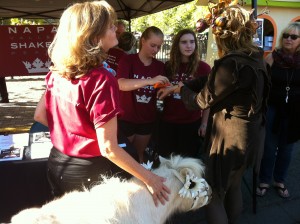 Tamara Traeder quiets the beast while Tattoos are applied 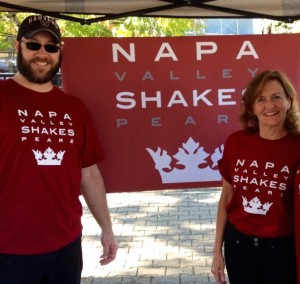 When a Sonoma Valley cinema chain was preventing the historic Cameo Cinema in St. Helena from showing the Globe on Screen series, NapaShakes arranged a test screening of Twelfth Night which promptly sold out with a waiting list. The attendees wrote nearly 100 messages demanding more Shakespeare on screen, which helped NapaShakes persuade the distributor to permit full-season Globe on Screen showings at the Cameo. Special thanks go to the Cameo’s Cathy Buck, for partnering with NapaShakes to make it happen! 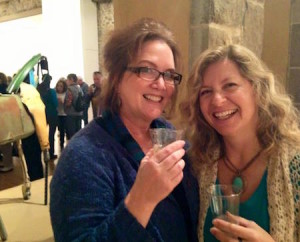