How Napa Became the World’s Stage

June 22, 2016 Napa Valley Register: In an interview with the Register, NapaShakes artistic director Laura Rafaty explains the backstory of bringing the world premiere of “Measure + Dido” to the Napa Valley

Editor’s note: NapaShakes has been bringing some impressive names into Napa Valley, presenting performances by Shakespeare’s London Globe — “King Lear” and “Much Ado About Nothing” — as well as a highly praised production of “Cymbeline” from New York’s Fiasco Theater Company. But how Laura Rafaty, artistic director and founder of NapaShakes, pull off the coup of presenting a world-premiere with the likes of Derek Jacobi, Richard Clifford and the Folger Shakespeare Library? She explains it all here.

Shortly after NapaShakes presented the Shakespeare’s Globe Theater’s “King Lear” at the Lincoln Theater, in December of 2014, I read about a production coming to the Globe’s new Sam Wanamaker Playhouse in London — a stunning venue lit entirely by beeswax candlelight.

This production starred Derek Jacobi and Richard Clifford and Folger Consort—the early music ensemble of the Folger Shakespeare Library, and it was based on “The Merchant of Venice.”

The performances there on March 7 and 8 of 2015 sounded so thrilling, and, of course, I’ve worshipped Derek Jacobi as one of the gods of Shakespearean theater for decades, so I asked the Globe’s music director Bill Barclay to make an introduction to the Folger Library team in Washington, D.C., with the idea of bringing that performance to Napa Valley.

It was an exciting time to be talking with the Folger, which was just launching a 50-state tour of its unparalleled collection of the Folios, the first printing of Shakespeare’s plays, to celebrate the 400th anniversary of Shakespeare’s death and his enduring legacy.

As discussions developed, the Folger team proposed creating something entirely new for this tour, rather than bringing Jacobi and Clifford from London to repeat the Merchant project.

At first it was going to be based on Shakespeare’s comedies, but then the Folger hit on the brilliant idea of combining the chamber opera “Dido & Aenaes” with Measure for Measure — which Jacobi had never performed on stage. They proposed bringing the show to the Kennedy Center in Washington, D.C., and then to us in Napa.

I signed on to the project with the request that we rehearse and world premiere it with NapaShakes first, before it moves to the Kennedy Center. The idea of spending a week rehearsing in the Napa Valley must have been appealing — we were able to set a schedule that included a world premiere in Yountville on Sept. 24, and encore over at Green Music Center on Sept. 25. 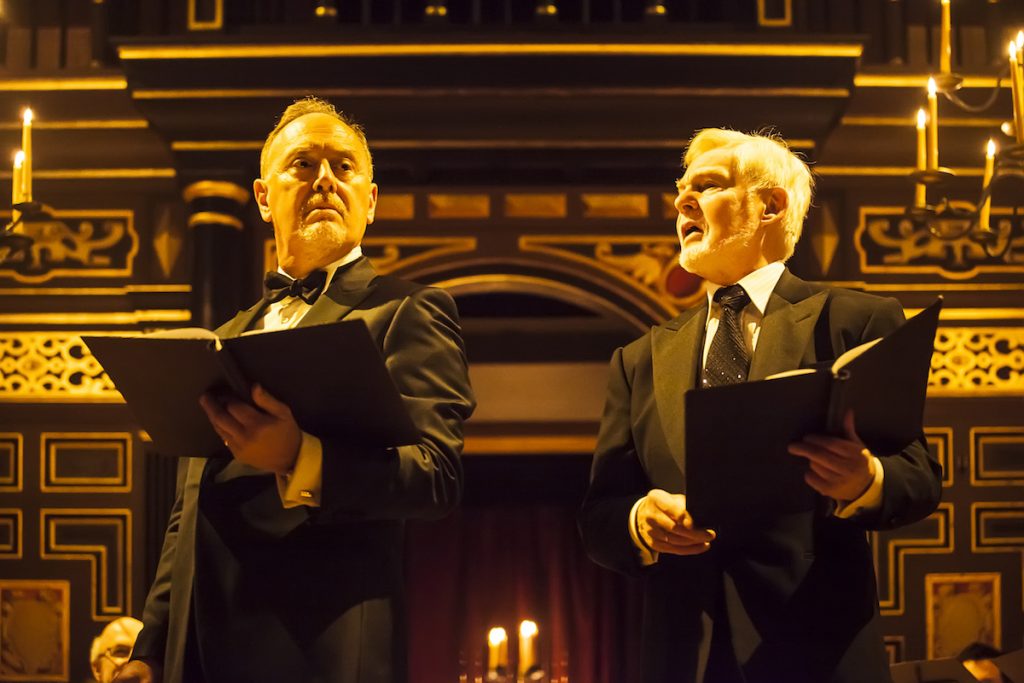 I have been a fan of Jacobi since I saw him in “I Claudius,” which debuted on American television 40 years ago in 1976. I also saw him on stage as Alan Turing in “Breaking the Code” in the 1980s, and in so many film and television productions of Shakespeare over the years.

I’ve also followed with fascination his work with Mark Rylance to explore “the authorship question” of whether Shakespeare wrote Shakespeare, which is the subject of a fascinating documentary that features both Jacobi and Rylance called “Last Will & Testament.”

Jacobi is currently starring in London in Kenneth Branagh’s acclaimed “Romeo & Juliet,” which NapaShakes is screening at the Cameo Cinema on Aug. 21 — so it feels like NapaShakes is presenting a Derek Jacobi Festival this year

And we are equally excited to be hosting Folger Consort, which is one of the country’s most acclaimed early music groups, for NapaShakes’ very first “musical” event based on Shakespeare. The director Richard Clifford, one of the UK’s most respected actors and directors, will bring it all together when he and Jacobi arrive from London to rehearse the performance.

Incidentally, Derek Jacobi has a whole new generation of fans from appearing as the King in Branagh’s film of “Cinderella,” and from his hit TV show “Last Tango in Halifax,” plus “Vicious” with Ian McKellen, which just aired its series finale.

And for NapaShakes, this presents an opportunity to grow our audience to create classical and early music fans in addition to classical theater fans, although all of our presentations of Shakespeare have included a healthy dose of music. 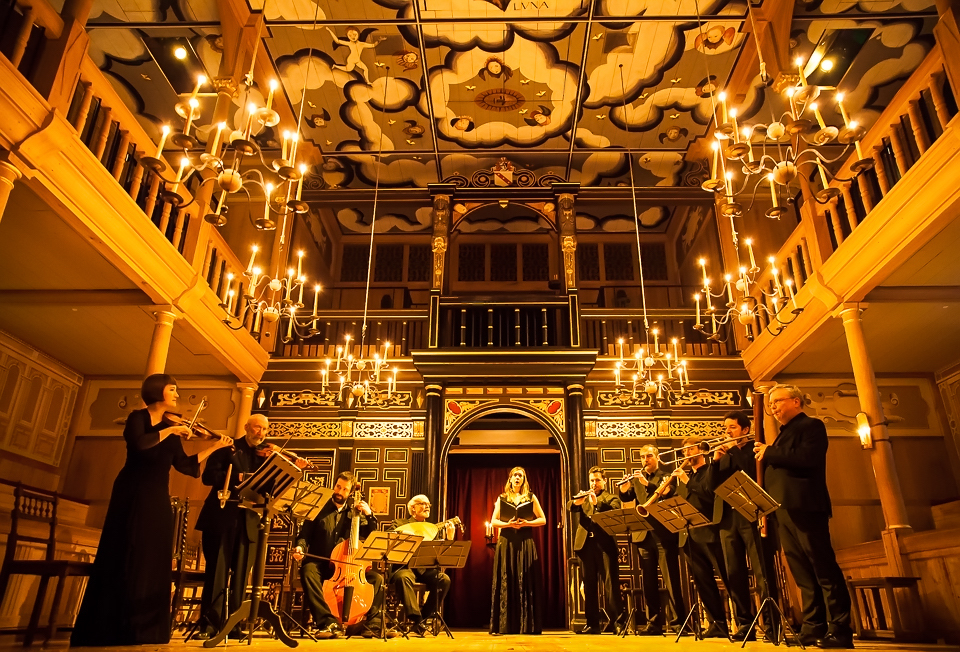 My strategy with NapaShakes has been to thoughtfully build, presenting one performance after another by the best Shakespeareans in the world, and to believe that our audience would find us and learn to trust that whatever we presented would be extraordinary. So it’s particularly gratifying that our leap of faith with the Globe led to our opportunity to bring this world premiere performance, starring one of the world’s greatest actors, to the Napa Valley.

Our growing audience has supported us with sold-out screenings and by turning out in large number to our performances — which (fingers crossed, because the cost is huge on this one) we trust they will do for “Measure + Dido.”

As always we will be housing the actors and musicians in guest houses generously donated by our Napa Valley community members, so everyone in the company will be true locals by the end of September.