Home Events The British Are Coming (Back)!

The British Are Coming (Back)! 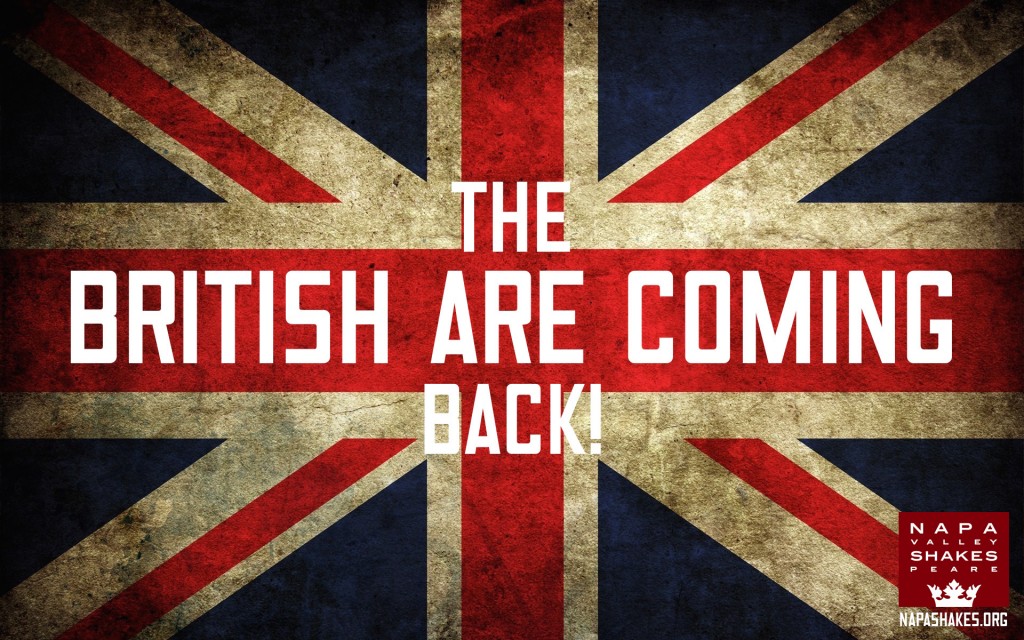 The Globe Theatre’s enthralling and inventive touring production of “Much Ado About Nothing” is coming to the USA in November, and NapaShakes is bringing it to the Napa Valley!  An audience of only 250 people will experience this acclaimed troupe performing on an Elizabethan-style booth stage in the Barrel Room of the Culinary Institute of America at Greystone in Saint Helena. Performances will run November 13-15, 2015. Tickets on sale now!

Learn more about the incredible cast, company and play here!

Check out a sneak peek here

Audiences who saw our presentation of “King Lear” last December at the Lincoln Theater, or who’ve been packing our screenings at the Cameo Cinema, know that a live performance by the acclaimed Shakespeare’s Globe Theatre of London is not to be missed! And “Much Ado About Nothing” is one of the troupe’s most romantic, funny and musical productions of one of Shakespeare’s most popular plays. Now touring the UK, the show will move to South America before heading to the USA for two weeks, with Napa Valley hosting the exclusive Northern California engagement!

Critics in the UK are calling it: “a genuinely hilarious show” …
“The back and forth between the battling [Beatrice and Benedick], played to perfection by Christopher Harper and Emma Pallant, feels wonderfully spontaneous and alive..” (StageTalk Magazine).

“I had rather hear my dog bark at a crow, than a man swear he loves me.”
-Beatrice
“I will live a bachelor.”
-Benedick

We are currently seeking underwriting for free student tickets and educational workshops bringing the Globe actors to the Napa Valley classrooms.