Home The Sonnets The Bard Abides 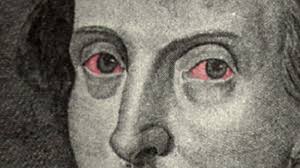 From CNN in London, United Kingdom:   Was playwright William Shakespeare stoned when he penned masterpieces like “Hamlet” and “A Midsummer Night’s Dream”?

New correspondence published in the South African Journal of Science highlights how an analysis of residue found in early 17th-century tobacco pipes excavated in Stratford-upon-Avon, central England, found indications of cannabis and nicotine. The report, which was first published in 2001, said that several of the pipes came from Shakespeare’s garden. A kind of cocaine derived from coca leaves was also found in two samples — although neither of those were from the playwright’s property.

The report did not claim to have proof that the Bard smoked cannabis or even that the pipes found in his garden belonged to him.

But author Professor Francis Thackeray, from the Evolutionary Studies Institute at University of the Witwatersrand in Johannesburg, South Africa, still speculates that cannabis could have been a source of inspiration for the Bard.

In this month’s journal, he references a line from Shakespeare’s Sonnet 76 that mentions “invention in a noted weed.” He told CNN via email Monday: “I think that Shakespeare was playing with words and (it) is probably a cryptic reference to cannabis.” Shakespeare could have enjoyed “the noted weed” for creative writing because it had mind-stimulating properties, he added.

If true, Shakespeare would join a long and illustrious list of writers from Byron to Hunter S. Thompson who have been inspired by drugs.

Thackeray originally carried out the analysis with fellow scientists Nicholas van der Merwe of the University of Cape Town and Inspector Tommy van der Merwe at the South African Police narcotics laboratory. They used a technique known as gas chromatography mass spectrometry (GCMS) on pipe bowls and stems they loaned from the Shakespeare Birthplace Trust in Stratford-upon-Avon.

The study included 24 pipe fragments: cannabis was indicated in eight samples — four of which came from Shakespeare’s garden — nicotine in one sample, and “definite evidence” for Peruvian cocaine from coca leaves in two samples.

In Shakespeare’s time, various plants were smoked in clay pipes. 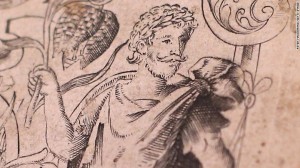 In 1597, the botanist John Gerard described a number of different kinds of tobacco in “Herbal,” a botanical encyclopedia. References include the tobacco plant, nicotania, which the explorer Sir Walter Raleigh is credited with bringing to England from Virginia. The encyclopedia also describe a special kind of tobacco from Peru — “the henbane of Peru” — which is likely to be cocaine derived from smoking coca leaves, according to Thackeray. Another explorer, Sir Francis Drake could have brought coca leaves to England after visiting Peru in 1597, notes the botanical encyclopedia. Shakespeare additionally wrote about “compounds strange,” in Sonnet 76, which may have been a reference to cocaine, said Thackeray in his email to CNN. Cannabis had been condemned by the church before Shakespeare’s time. “Writers who were explicit about Cannabis could have their books burnt,” Thackeray added.

Other experts disagree, finding the evidence of Shakespeare’s pot smoking to be “Doobie-ous.” As reported in the Huffington Post:

A slew of recent headlines suggest that William Shakespeare smoked marijuana, but an acclaimed Shakespeare scholar finds some of the evidence a little half-baked.

“Was William Shakespeare high when he penned his plays?” asks a Saturday headline from The Independent. In July, a team led by Francis Thackeray, an anthropology professor at South Africa’s University of the Witwatersrand, found that four pipes unearthed from Shakespeare’s garden and dating from the 17th century contain traces of cannabis.

In the Independent article, Thackeray explores the possibility that Shakespeare smoked marijuana and references Shakespeare’s Sonnet 76 —which mentions a “noted weed” and “compounds strange” —as possible proof that the Bard liked to toke up.

James Shapiro, a Columbia University professor who has published multiple books about Shakespeare’s life, isn’t so convinced that Shakespeare was a stoner.

“We don’t know what Shakespeare did or didn’t do,” Shapiro told The Huffington Post. “Just because these pipes were found in his garden doesn’t mean his neighbor kid didn’t throw the pipes over the fence. There are a million possible explanations.”

He’s especially skeptical of Thackeray using Sonnet 76 as supporting evidence, which Shapiro called a “really lame interpretation” of the poem.

“The line ‘keep invention in a noted weed’ is referring to weeds as dressing up, as clothes,” Shapiro said. “The poem is about dressing up language in a certain way and you really have to be insensitive to the poem to force the reading [to be about marijuana use].”

Shapiro added that there’s no evidence that people in Shakespeare’s time even used the word “weed” to refer to marijuana.