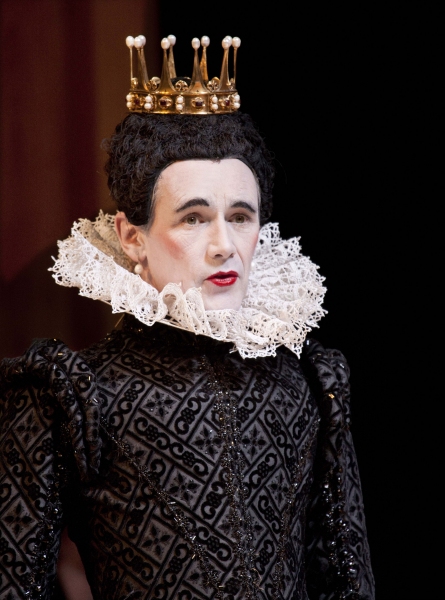 Is the Elizabethan Collar the Worst Fashion Trend in History?

A Canadian Columnist Gets Rough on the Ruff 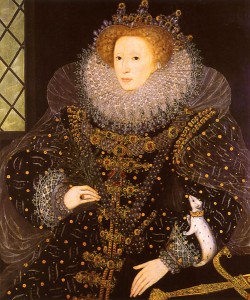 “Arguably the most useless fashion ever was the collar ruff, becoming popular during the reign of Queen Elizabeth I of England. Ruffs were those elaborate, pleated collars that made the fashion victim look as if he or she was wearing a ballet tutu around the neck. Consider a scene from the hilarious historical BBC sitcom Blackadder II wherein the titular hero and his pal, Lord Percy, discuss the fashion. Blackadder: “What are you wearing around your neck?” Percy: “Ah! It’s my new ruff!” Blackadder: “You look like a bird who’s swallowed a plate.” In a 2015 articles, Esquire magazine listed the “unsightly human doily that afflicted the necks of William Shakespeare, Louis XIV and any other men painted during the 17th century” as one of the Top 10 Worst Fashion Trends in History. They were, Esquire noted, “an accessory which, at its peak, could be up to a doorway-bothering one foot in width.” The website WorldofShakespeare.com notes these eccentric items, worn by men and women, became symbolic of the Elizabethan era. It was simple: The higher your status, the more outrageous your ruff. “Quality ruffs were decorated with lace, gold, silver, and fine silk,” notes World of Shakespeare. “For the poorer folk a ruff would likely be made of cheap fabric that would have likely irritated the skin.” Some of the more flamboyant ruffs required a wire frame to keep them in place. Sadly, by the mid-17th century, they had fallen out of fashion, although they still come in handy if you want to prevent your dog from scratching a medically sensitive area.”

From the July 4, 2015 article by Doug Spiers in the Winnipeg Free Press.

“The ruff, one of the more eccentric garments of the Elizabethan era, was a fashion statement to rival those of the 1970s. Starting life as a simple collar, the ruff grew more elaborate through the course of Elizabeth I’s rule to become symbolic of the era. It was a circular collar made from a pleated frill worn by both men and women. On women it covered the neck, chin, shoulders, and breast, and on men it covered the neck and shoulders.

The quality of a ruff was a sign of status. They were worn by aristocrats and proletarians alike, although the quality of material would vary greatly. In the aristocracy, a ruff was likely made of lawne or camerick, both very expensive fine linens. Quality ruff’s were decorated with lace, gold, silver, and fine silk. Ruff’s belonging to wealthy women would often be decorated with decorations to represent the sun, moon, and stars. For the poorer folk, a ruff would likely be made of cheap fabric that would have likely irritated the skin. 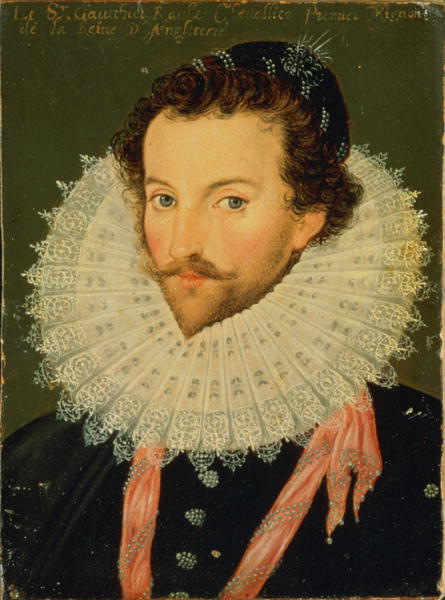 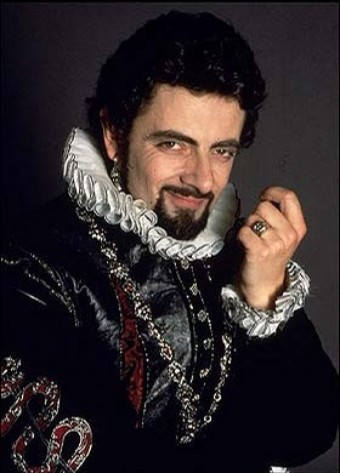 When the first ruff came into fashion in the 1560’s, it was a simple accessory measuring approximately 3″ wide by 2″ deep. This was known as either the cartwheel ruff or a fan-shaped ruff. This was a common adornment of the adventurer and courtier to Elizabeth I, Sir Walter Raleigh.

As the ruff became bigger and more flamboyant, it was necessary to use a metal wire frame (gauze wings) at the back to the neck to hold it in place. Laces or strings (band strings) were attached to the opening of the ruff to secure it around the neck. It was common for an elaborate ruff to be held together with hundreds of pins. The material to create a single ruff, in later stages, amounted to as much as five metres of material. Pins were an essential part of Elizabethan clothing which in turn led to a very buoyant pin-making industry.

Cleaning the ruff was far from trivial. Being a fashion accessory it was mandatory to keep the garment in pristine condition, and this was done using vast quantities of starch. This also helped to maintain the shape of the ruff and keep it upright.”

“The ruff was eventually replaced by the standing collar during the reign of James I, but it could be said it led the way for neck ware in years to come.”

More photos at The World of Shakespeare.com

The fashion world remains fascinated with the Ruff, but let’s hope it never makes a comeback! 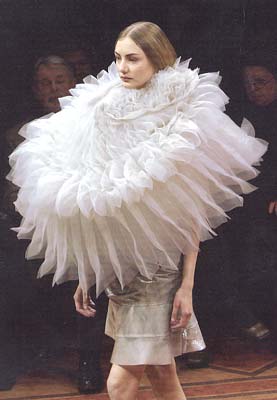