Home Critics A Shakespeare for All Seasons

A Shakespeare for All Seasons 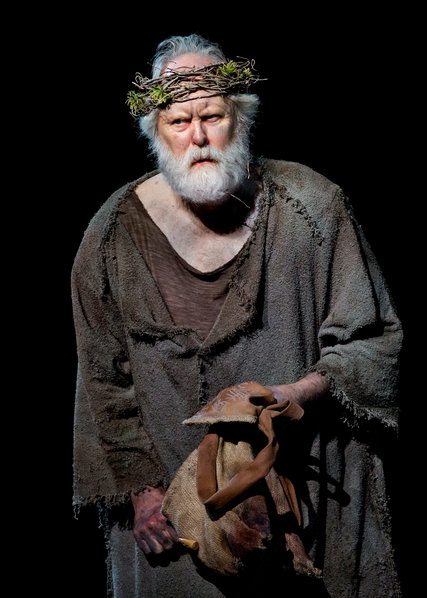 The New York Times’ Ben Brantley writes about our evolving experience with Shakespeare at different points in our lives.

For many theatergoers, summer is the season of Shakespeare, in the way it’s the season of corn and tomatoes for those who want these foods fresh from the garden. Like such comestibles, Shakespeare can be devoured in hearty single sittings — and often alfresco — what with a crop of productions that present the theatrical equivalent of a jolly picnic. For New Yorkers, an abundance of movable feasts is available, from city parks and parking lots to more sylvan environs upstate. (On my August schedule: yet another “Hamlet,” this one starring Benedict Cumberbatch, in London.)

But whatever Shakespeare we sample in warm weather can also be part of a steady relationship, an enduring and incremental marriage. Once you’re introduced to Shakespeare, his words are in your bloodstream, though you may not at first be aware of it.

Suddenly, seemingly at random, a phrase first heard long ago will pop into your head — like an “expense of spirit in a waste of shame” or “ruin hath taught me thus to ruminate,” from the Sonnets. Or a passage from the plays, whether hedonistic (“Let’s have one other gaudy night,” from “Antony and Cleopatra”) or fatalistic (“Men must endure their going hence, even as their coming hither,” from “King Lear”). These eruptions of words happen to me frequently, and every time they materialize, they sound newly (and often differently) illuminating.

Such language mutates within you over the years. So, I find, do many of Shakespeare’s characters, who assert themselves in your consciousness in changing ways as you grow older. Every time I see or read “Hamlet,” I identify with the title character, but often for different reasons. As an adolescent, it was the Hamlet as student prince, glamorously dressed in black to match his melancholy, whom I saw as my soul mate.

In my 20s, it was Hamlet the angry young man, overwhelmed by the sheer absurdity of life’s contradictions. Several decades later, I still embrace that willfully crazy guy. But I have also in recent years started to appreciate the quieter, more purposeful spirit — and philosophical resignation — at which Hamlet has arrived by the play’s end.

When my father retired, after some 40 years of employment, he made a point of reading a different play by Shakespeare every month or so. Once, when he was feeling depressed, he returned to “King Lear” with a concentration that worried me.

“Do you think that’s a good idea just now, Dad?” I asked. But he seemed to find it comforting, in the way one feels assured when a friend tells you he knows exactly what you’re going through and then puts the experience into words.

My father had arrived at the age of “Lear,” and it was speaking to him with a new and radiant clarity. Those of us introduced to Shakespeare early on have the consolation of knowing that he is always waiting for us to ripen, to give expression to our changing moods no matter which of the ages of man we now belong to.