Home Dramaturgy The Truth About the “Scottish Curse”

The Truth About the “Scottish Curse” 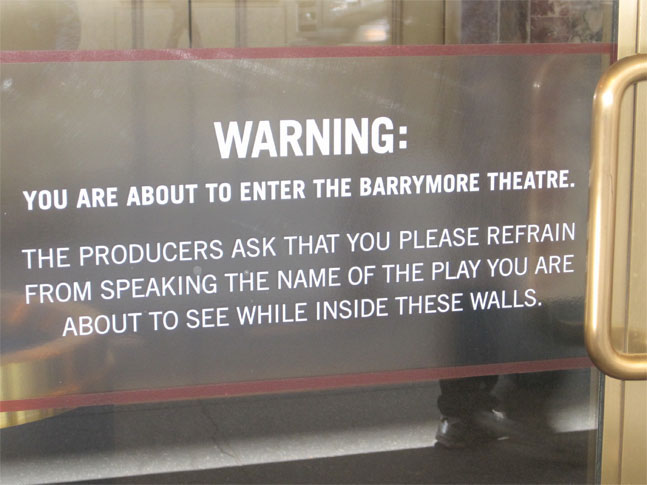 Don’t say Macbeth, or even quote that play, in a theater. Ever.

Theater people believe it will bring disaster. In actual fact, Constantine Stanislavski, Orson Welles and Charlton Heston all suffered some catastrophe during or just after a production of “The Scottish Play.” In 1849, more than 30 New Yorkers were killed when rioting broke out during a performance of the play. Abe Lincoln read it the night before he was assassinated. If someone else quotes from “The Scottish Play“ inside a theater, you must utter the words “Angels and ministers of grace defend us!” Then the offender must leave the house, turn around widdershins (counterclockwise) three times, swear and knock to be readmitted.

The superstition seems to have arisen, in part, from the play’s depiction of witchcraft, still a vital (though contested) belief in 1606, when the play was first performed. Like Marlowe’s Doctor Faustus, in which staged incantations were occasionally reported to have raised real devils, “The Scottish Play“ was believed to flirt dangerously with the “Powers of Evil,“ bringing catastrophe down upon productions over the succeeding centuries.

Those seeking rational reasons for the “Scottish Curse” have pointed to several features of the play as conducive to accidents: dim lighting and stage combat chief among them. Authentic productions often use broadswords, which are heavy and difficult to wield deftly, capable of inflicting considerable blunt trauma. Moreover, as Shakespeare’s shortest and one of his most popular plays, Macbeth has often been a last–minute addition to a company’s repertoire when the company is in financial straits late in the season. Therefore, it can be dangerously under–rehearsed, and it can portend the closing of the company (which probably would have closed regardless which play was chosen).

[From the Steppenwolf Theatre Company] 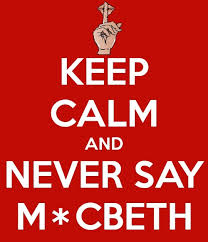