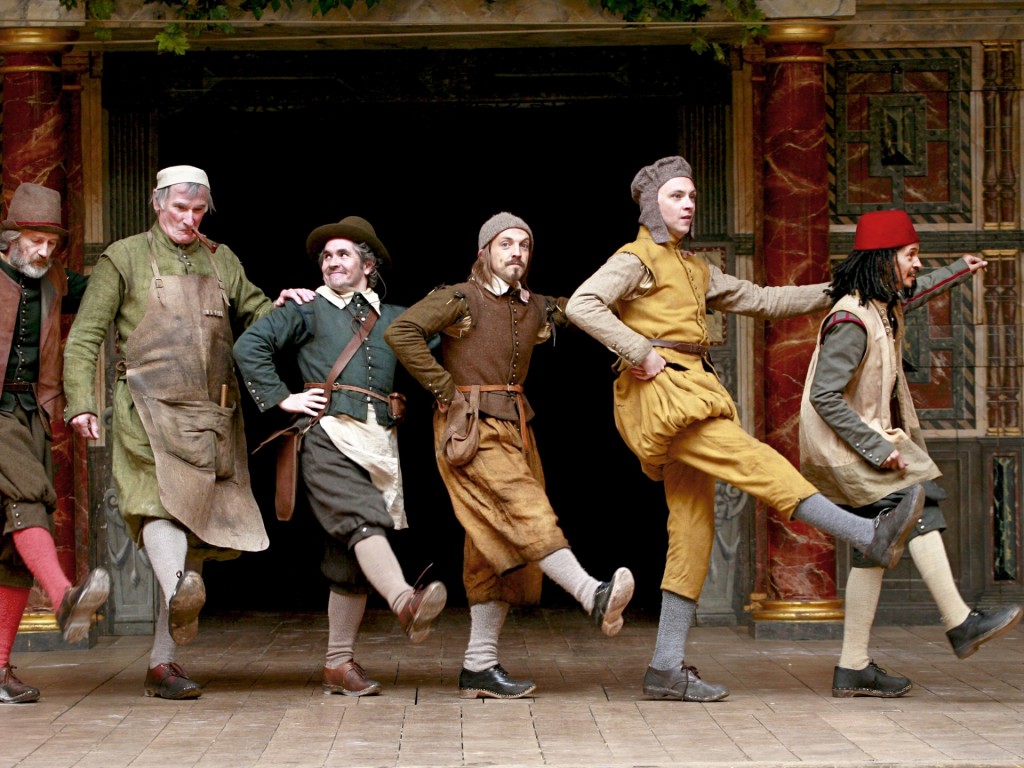 The Zany Players of A Midsummer Night’s Dream

A Mechanical is any of six characters in A Midsummer Night’s Dream who perform the play-within-a-play “Pyramus and Thisbe,” and who are collectively known as the “Rude Mechanicals.” Named for their occupations as skilled manual laborers, they are a group of amateur actors from around Athens, looking to make names for themselves by having their production chosen among several acts as the courtly entertainment for the royal wedding party of Theseus and Hippolyta. The biggest ham among them, Bottom, becomes the unlikely object of interest for love-potion-charmed fairy queen Titania after he is turned into a monster with the head, eyes and ears of an ass by the servant-spirit Puck.

These kinds of characters (see also the grave diggers from Hamlet) were traditionally portrayed by clowns, which most Elizabethan theatres had in their employ. The Mechanicals, and the roles they play in “Pyramus and Thisbe” are:

As S.A. Markham writes in her excellent discussion of the Mechanicals, they are unusual among Shakespearean comic characters in that they are extremely dense. Shakespeare’s fools and clowns are usually much more savvy, worldly-wise folk. “Shakespeare seems to have had a penchant for creating ‘working class’ characters that are much more intelligent than their ‘betters’.”  The fool we saw in the Globe Theatre’s Twelfth Night is an excellent example of a linguistically talented riddler, talking circles around his masters.

Markham notes: “The Mechanicals, on the other hand, are clowns in our modern interpretation of the word – idiots whom we laugh at rather than with.” But why the difference in A Midsummer Night’s Dream? Markham suggests that perhaps “it may be Shakespeare’s way of ridiculing those who take an amateur stab at his profession. Is he trying to point out that writing and performing plays is not as easy as it looks?”